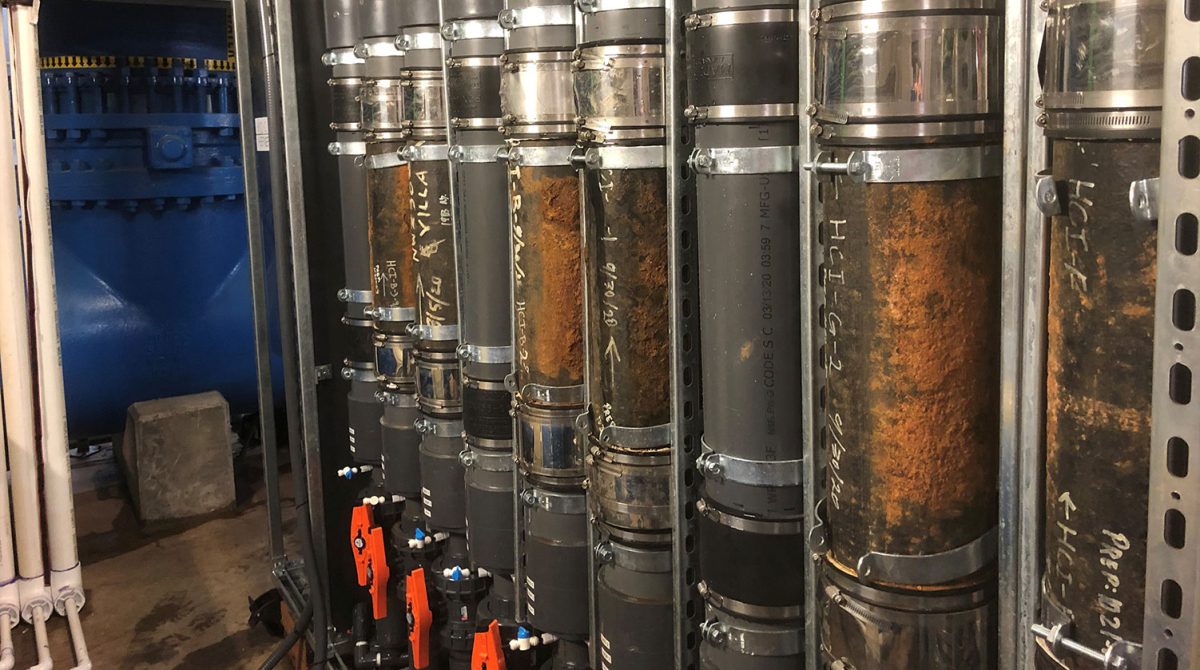 In 2017, Oklahoma City hired Carollo to investigate increased nitrification levels within its drinking water distribution system, which could reduce the concentration of disinfectants if left unchecked. As part of this comprehensive study, Carollo recommended exploring the possibility that corrosion could be a contributing factor in the increased nitrification levels, a recommendation which, based on our expertise, set our team apart to be selected for this project.

During the Nitrification Evaluation, the City expanded Carollo’s project scope to include a comprehensive corrosion control study. Working with a nationwide team of outside corrosion experts selected by Carollo, this study includes a literature review of the state of the science for corrosion and its inhibitors. bench testing with coupons from the City’s distribution system, lead and copper coupon testing, and pipe loop testing. The various bench testing, construction of 3 pipe loop systems, and design of the pipe loop testing facilities were led by Carollo’s Water Applied Research Center (Water ARC®).

In the early stages of the Corrosion Study, the team used water quality indicators for corrosion, collected citywide, to identify potential pipe excavation locations, then worked with the City’s line maintenance group to search for and excavate corroded pipe for pipe scale analysis and bench testing. Contrary to expectations, very little corroded pipe was found. Instead, pipe scale analyses revealed a widespread buildup of what was determined to be a magnesium silicate layer with some imbedded rust particles on the inner wall of the pipe. The team determined that this buildup of magnesium silicate was a primary issue that could be exacerbating both the nitrification and water discoloration issues. This resulted in the project pivoting from a corrosion control study to a magnesium silicate stabilization study.

With these findings, the Water ARC® team was able to easily adapt to the revised testing plans. By simultaneously constructing the bench and pilot units, the pipe cross-sections the team sent to Water ARC® could be processed into coupons, installed in the bench testing system, and tested under conditions simulating the City’s distribution system, while the pipe loops were loaded and conditioned to be ready when needed.

The project is currently in the final stages of the bench testing phase. The team is narrowing down recommendations for effective and economical treatment options, in advance of a one-year pipe loop study, which will commence in September 2022. Further lead and copper coupon testing will be done to ensure treatment recommendations do not adversely impact the Lead and Copper Rule compliance. .

The conclusion of these proactive efforts from the City and Carollo teams will help Oklahoma City work toward a more stable distribution system with reduced maintenance and fewer customer complaints.