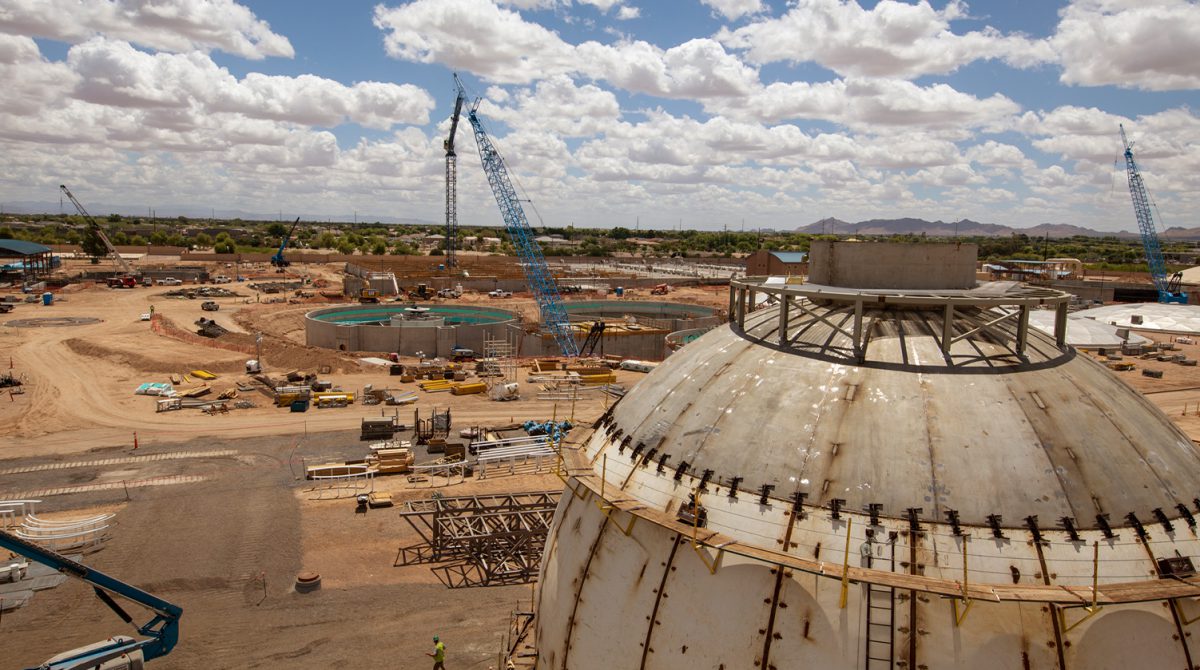 In 2015, the City of Mesa, Town of Gilbert, and Town of Queen Creek in Arizona embarked on a large-scale project to expand their jointly owned Greenfield Water Reclamation Plant (GWRP), a key regional facility whose treated water is used for a variety of uses including irrigation of golf courses, crops, fields, and greenbelts; the recharge of groundwater supplies; and water rights exchange for potable drinking water for human consumption and domestic use.

Faced with the consistent growth and development being observed across these three municipalities, the GWRP was rapidly approaching its previous rated capacity of 16 mgd and demanded its third expansion to keep up with these momentous changes. Carollo supported the resulting Greenfield Water Reclamation Plant Phase III Expansion Project’s conceptual planning and 18-month detailed design stage, and then served as a primary consultant for procurement and construction activities that commenced in November 2017.

This project faced numerous challenges associated with expanding and rehabilitating an end-of-the-line plant that needed to be continuously operated, all against the backdrop of a working environment constrained by the global COVID-19 pandemic. Still, through value engineering and resilient collaboration, Carollo’s project and subconsultant teams realized the following achievements:

As a result of these successful tasks, the project was not only completed within its contract milestones and on schedule but also experienced zero unplanned outages, protected the safety of work groups, and hosted numerous public outreach activities with local communities. Furthermore, the savings that Carollo extracted were reallocated to removing and replacing the failed coating systems within the plant’s existing digester sludge storage tank and digester vessel.

Reaching substantial completion in August 2020 and final completion in November 2020, the GWRP now handles up to 30 mgd annual average day flow (AADF) in liquids and 38 mgd AADF equivalent in solids, reliably producing Class A+ reclaimed water and Class B biosolids for beneficial reuse. 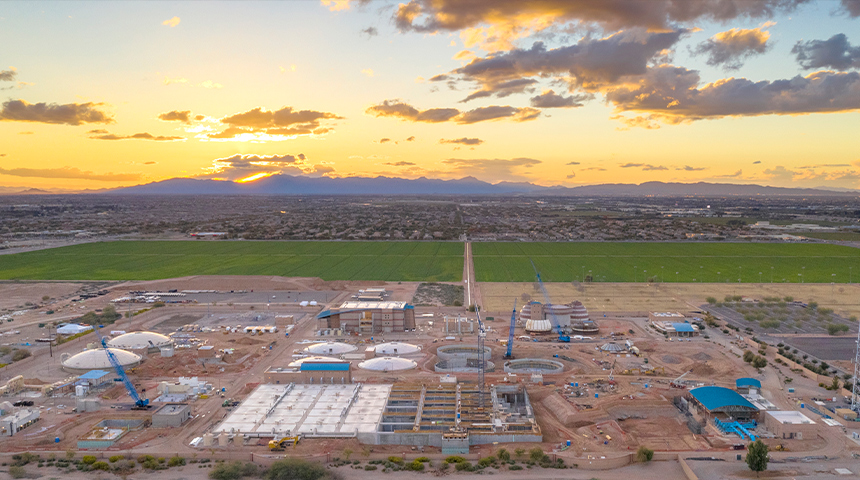 With a total of 33,600 CY of concrete placed; 249,600 CY of soil excavated; 25,800 and 29,000 LF of yard and process pipe installed, the overall duration of the Phase III Expansion from planning through startup and commissioning took a total of 66 months to complete. 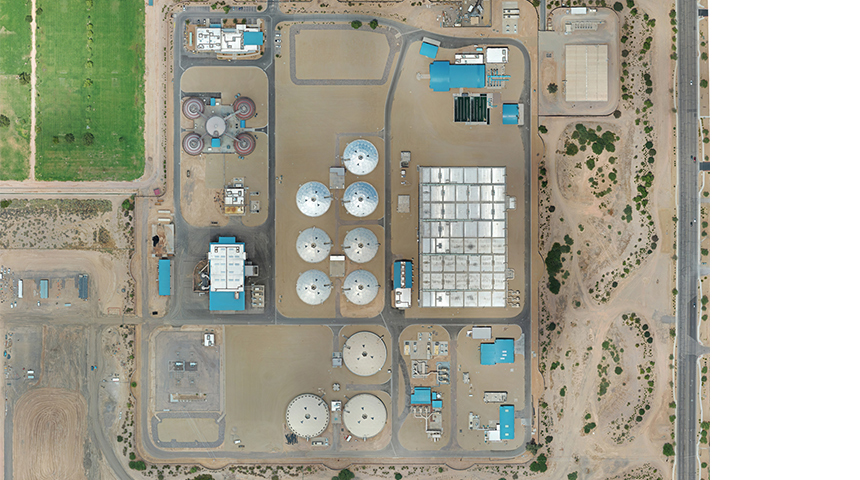 The Phase III Expansion layout was incorporated into the 46-acre site as part of the master-planned buildout capacity of 56 mgd AADF. 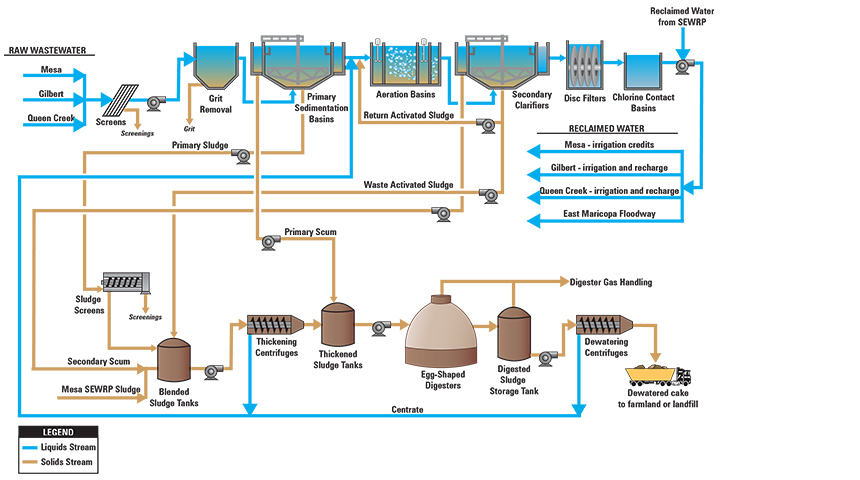 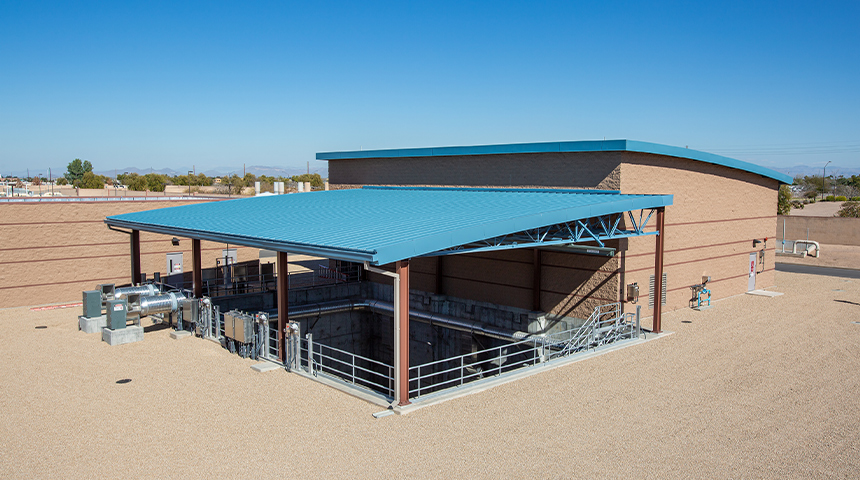 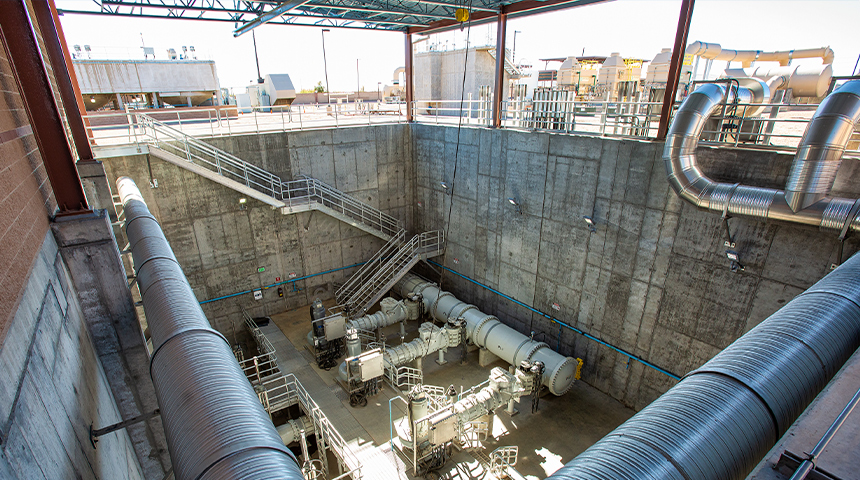 Submersible influent pumps with variable frequency drives are configured in a canopy-covered open dry-pit arrangement, which lift the screened wastewater flow to the downstream grit removal process for gravity flow through the remainder of the facility. 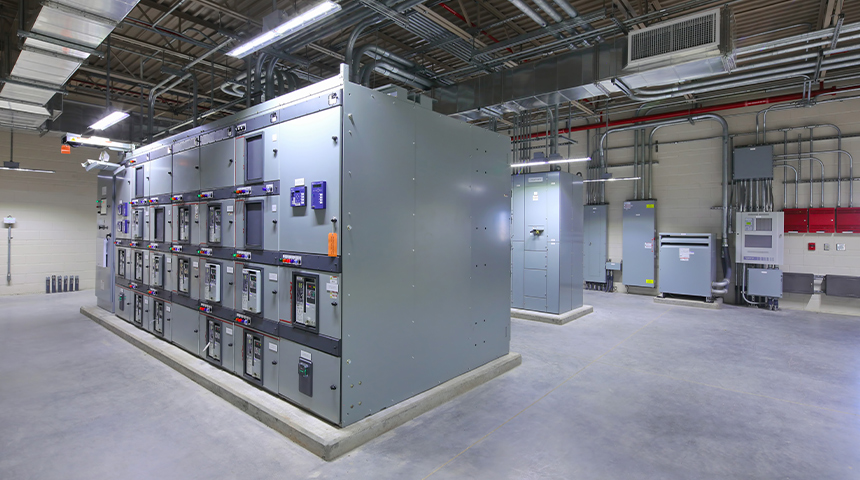 New electrical switchgear, MCCs, vendor and local control panels, VFDs, transformers and PLCs and appurtenances for the headworks facility are co-located in an environmentally-controlled 2,500 ft2 masonry building with segregated electrical and control rooms. 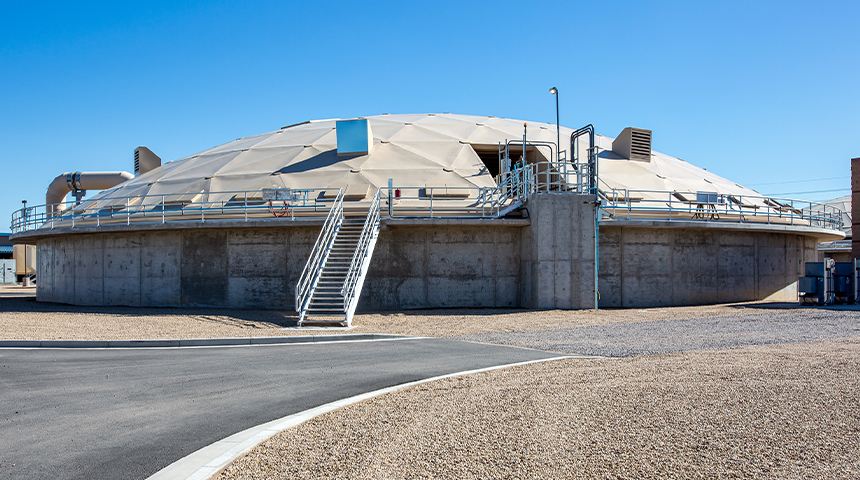 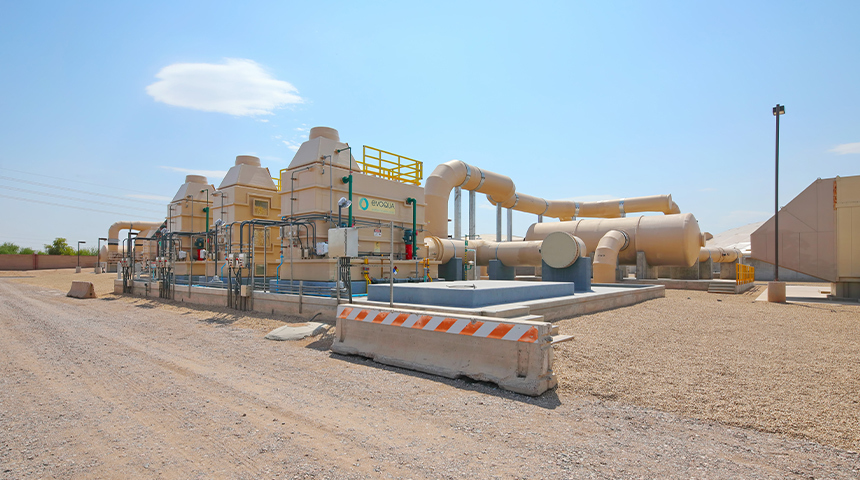 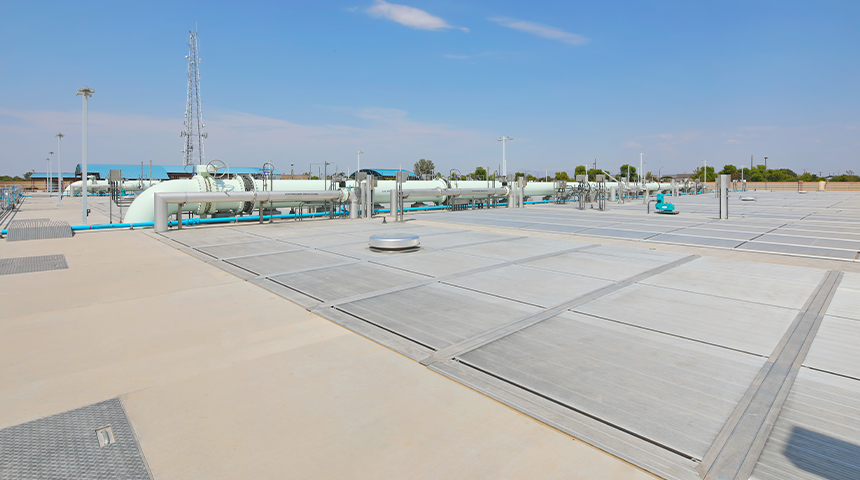 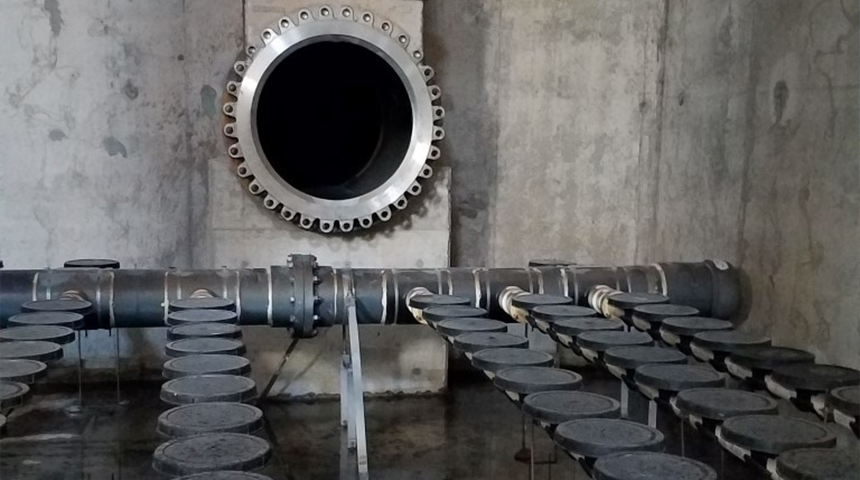 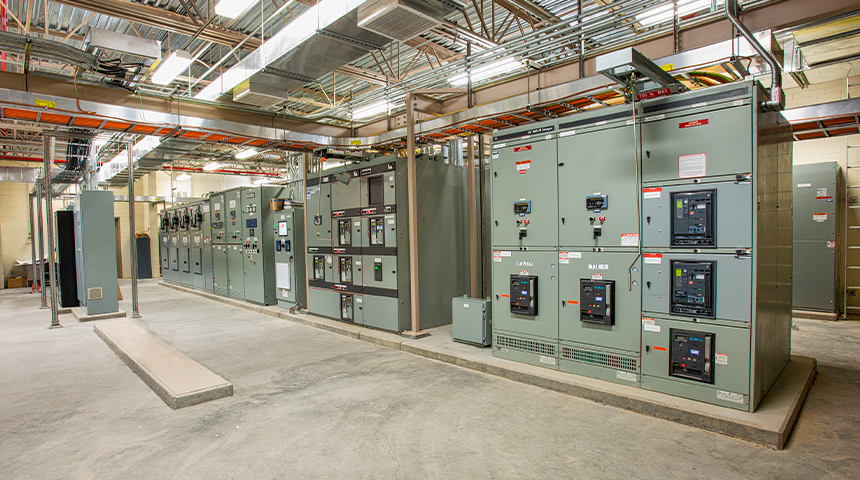 Significant modifications in the Blower Electrical Building included reconfiguration and segregation of all feeds into “A” and “B” side feeds for complete redundancy, to increase plant reliability and robustness. 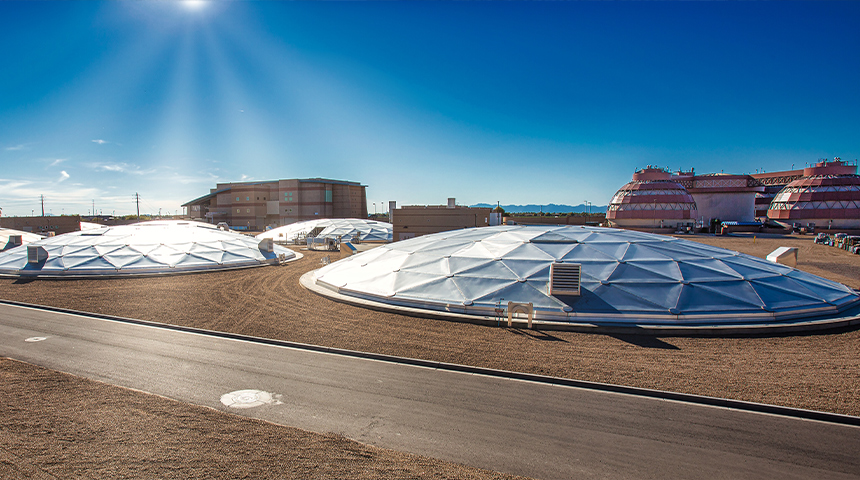 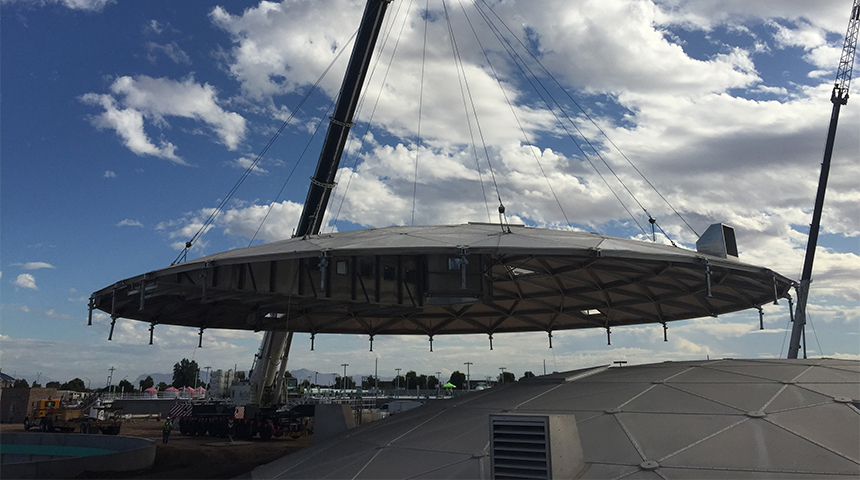 Low-profile aluminum dome covers for the secondary clarifiers contain all odors, and walkways outside the dome covers provide full maintenance access to the collector drives without requiring confined space entry. The domes were constructed on-site and “flown” into place to allow for various construction activities to commence concurrently. They were designed in a unique configuration by attaching to the inside of the effluent launder walls, instead of the outer basin walls as typically done. This allowed for flat, hinged panels along the periphery of the basin for accessing the launders for better inspection and cleaning. 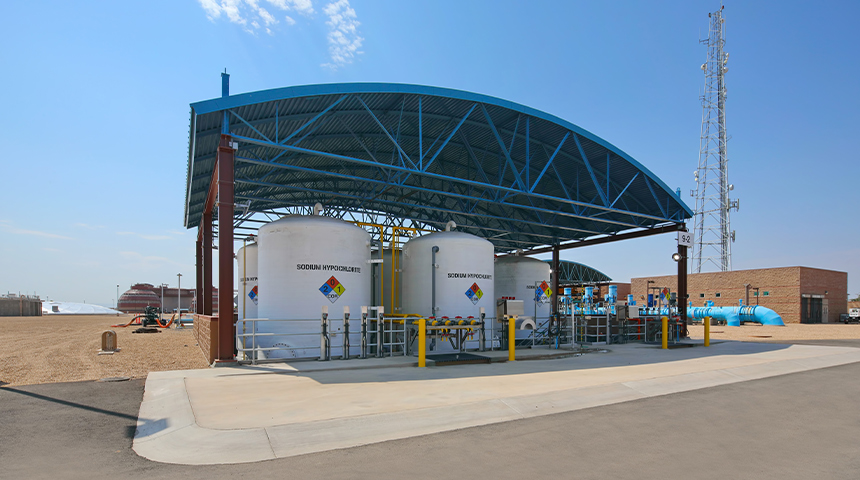 New chlorination and dechlorination chemical storage and feed facilities were constructed in a compact, canopy-covered arrangement adjacent to the new CCB with multiple storage tanks, pumps, piping and appurtenances, along with a self-contained truck unloading station. 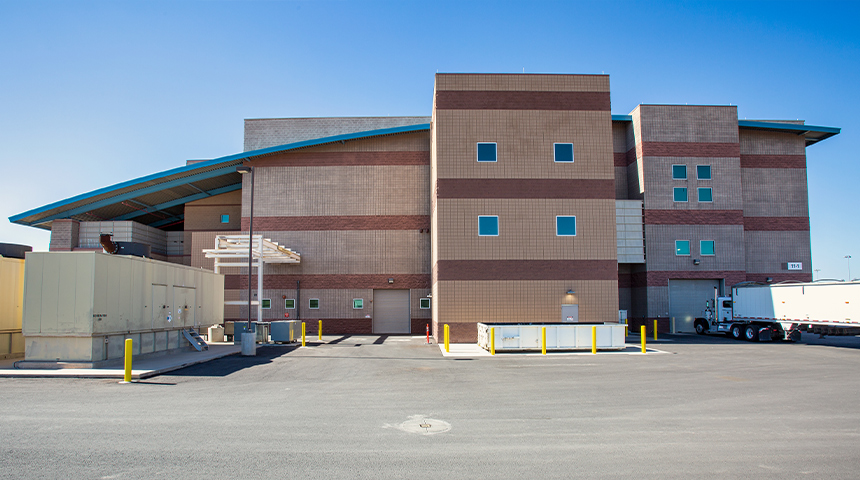 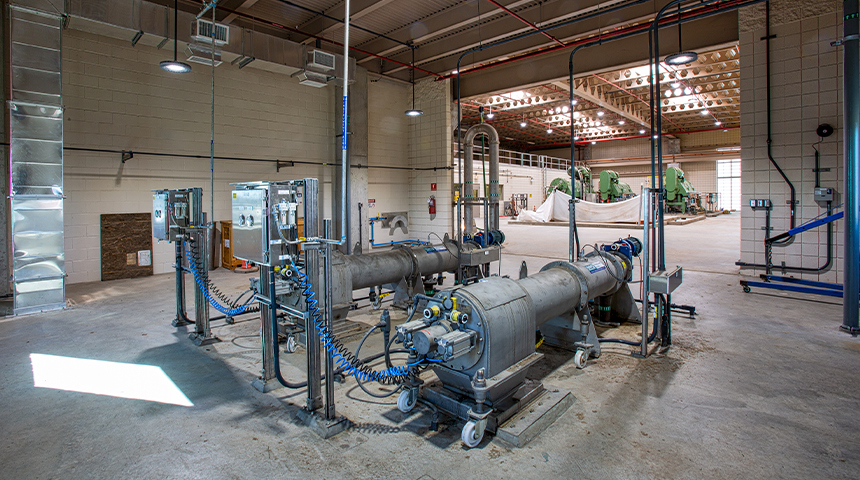 Two new primary sludge screens with interchangeable 3-mm and 5-mm internal screening plates were added upstream of anaerobic digestion to eliminate problematic fibrous material buildup in the digested sludge, which was a time-consuming and messy nuisance that plant staff had historically dealt with and which decreased the quality of the land-applied biosolids. Materials removed from the primary sludge drop directly into dumpsters at the ground level for ease of disposal. 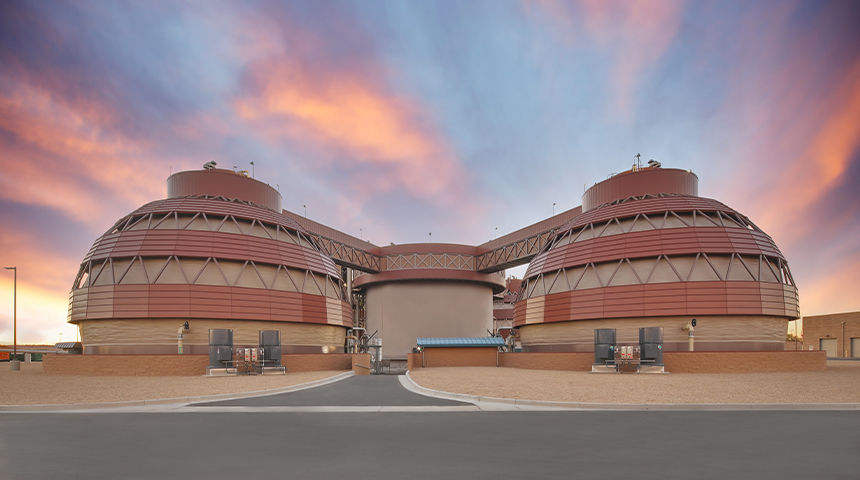 One of the most visible attributes of the Greenfield WRP are the large, egg-shaped digesters, all connected to a central 1.3-MG biosolids storge tank. The digesters and storage tank are insulated and outfitted with an architecturally pleasing exterior cladding. Once the two new digesters were constructed and started up, the existing 14-year old digesters and storage tank were taken out of service for the first time for inspection of the interior coatings, with some minor rehabilitation of coatings required.

Project completed under budget to allow for an additional $1.7 million in supplemental improvements

2021 Reuse Project of the Year

2021 Wastewater Project of the Year